Finals are just around the corner. Stock up on the good stuff and brace yourselves…

I know this may alienate some readers, but I’m passionate about fighting for equal rights no matter gender, orientation, creed or culture.

Just remember, if you vote for Romney, Gandalf and Dumbledore will be sad. 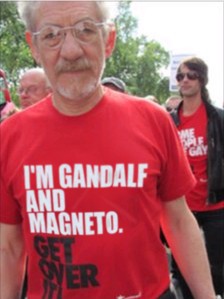 I know Halloween is over, but the interest in (and threat of) a Zombie Apocalypse is ever present. But am I writing about zombies on my particular blog, you may ask? Well, for a class project we are currently working on we needed to  create an Annotated Bibliography for a reference need. Many groups in the class chose things such as a high school class that needs sources for a paper on American wars, or looking lessons for the new chef. However, being the coolest group (we planned the weekly library class happy hour, after all) we decided that a common reference need is to know how to survive a zombie-virus outbreak.

So  if you’re interested in Information Access/Reference projects, zombies, or librarians being chased by zombies in a library, check out this blog. But please keep in mind, it is still currently a work in progress, but it will be perfected and updated frequently. We also plan to continue it after the project/presentation is due.

I am currently at my job at the Digitization Center in the Special Collections at one of my school’s libraries and I have not yet had any coffee today. In short, I am suffering. If there is anyone out there that can read this and deliver coffee, please do so soon… after all, this message may arrive too late.

WHEN I PROCESS ALL MORNING WITHOUT COFFEE

I think it’s time to say goodbye to American Eagle sweatshirts and witty Threadless tshirts. I’m no longer an undergrad, meaning i can’t get away going to the dining hall in my pj pants and university sweatshirt. I need to look like a functioning adult, not a like the squatters who sat in front of the coffee shop on Main Street New Paltz (though it is definitely a more comfortable way of living).

So in honor of realizing that I’ll need some spiffy professional outfits for internships and adult life, here are some wise words from the most fabulously dressed writer in history:

I need to get myself a purple velvet cape

So today is day three of Shark Week.

Last night wasn’t my favorite combination of shark shows. Mythbusters was kinda a repeat and sharkzilla wasn’t so spectacular to have on while partying (Air Jaws is the best for this). But disappointing shows didn’t kill our festivities!!!!

Thanks to a lovely compilation of shark-themed cocktails, my bartender friend and I had a blast entertaining ourselves while the rest played Apples to Apples (“Sharks” trumped Helen Keller for this game and “The Beach” overruled Michael Jackson).

So tonight we have a fiesta, “How Jaws Changed the World,” and “Adrift” to look forward to. 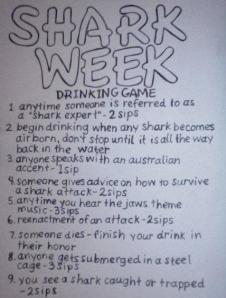 Thank you to whoever wrote this!

Tonight’s drink of choice, MARGARITAS!!!! And not made with a mix, but from scratch with real limes just as Mexico intended.

So this is how post-college life is gonna be I guess…. 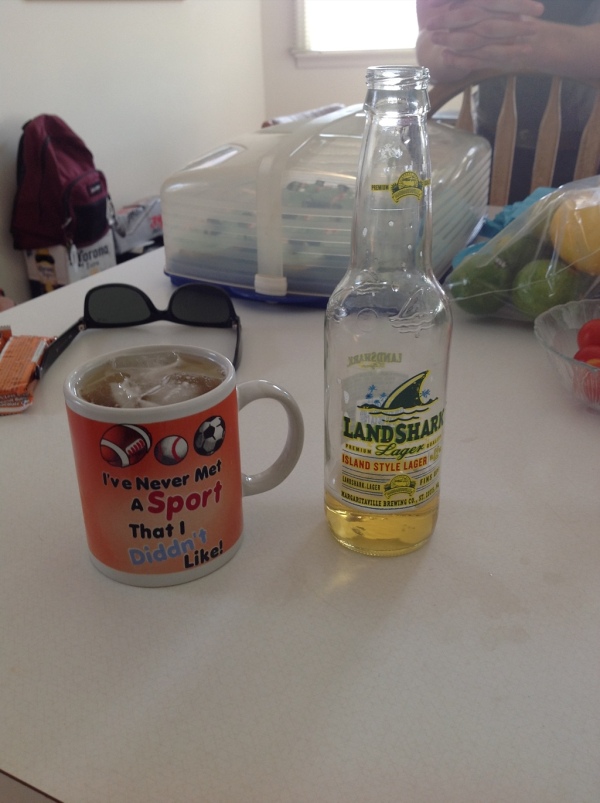 I don’t always drink Landshark, but when I do it’s Shark Week.

I was making my traditional Shark Week cupcakes and had some left over so I figured I’d make some cupcakes to munch on while watching True Blood tonight at the weekly True Blood Munch Fest Extravaganza! What do you think? 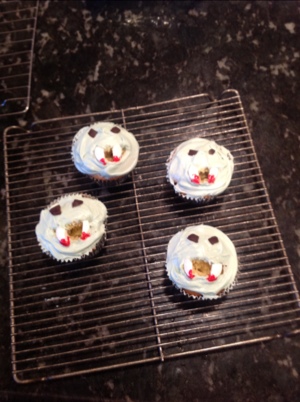 Today is the day and I’m so freaking excited!!!!

Well tonight is (here’s a countdown!!!!)

At 9pm tonight a week of the best television ever and my life as a recluse will begin. I love shark week, I always have and not because I specifically love sharks but its just an epic combination of action, information and the typical guilty pleasure of watching train wrecks happen (can we say a whole show dedicated to gruesome shark attacks?).

This year it will be the 25th year of shark week meaning (I hope) that it will be  more awesome than ever. 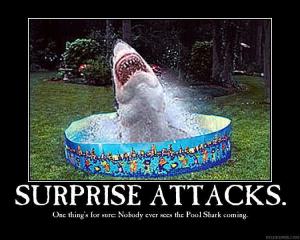 The only downside to shark week is that many of my friends refuse to go to the beach after. This year it will be quite understandable considering the sound has been full of all kinds of huge fish and even seals. And huge fish mean more seals and more seals mean sharks. We’ve been known to have shark sightings locally (nothing compared to the bull shark incident in New Jersey in the early 20th century) but I’m excited to find out what people see this year, especially with all of the crazy weather we’ve been having.

This year’s shark week will also be bitter-sweet. My dog, Dutchess, died this past

October and she was a main staple of Shark Week. And unfortunately I don’t think my rat Brisby will be too thrilled about dressing up for the occasion.

So I bid you all a Happy Shark Week and stand by for a post on my annual Shark Week Extravaganza, a party full of cupcakes, cocktails and cartilage-skeleton  creatures.

Thinking about starting up this fall has really made me nostalgic about last semester. My roommates and I were careful about money so we didn’t have cable but that didn’t stop up from entertaining ourselves with a TV. We love the Discovery Channel (btw, SHARK WEEK STARTS TOMORROW!!!!!!)

this is what a college degree leads to

I’m Not A Librarian

I’m Not A Librarian

This is a tale about breaking the mold, growing a pair, and living life the way it is meant to be lived.

An inside look at library hiring

An online book group for archivists and people interested in archives

You'll need this when all the librarians have been eaten.